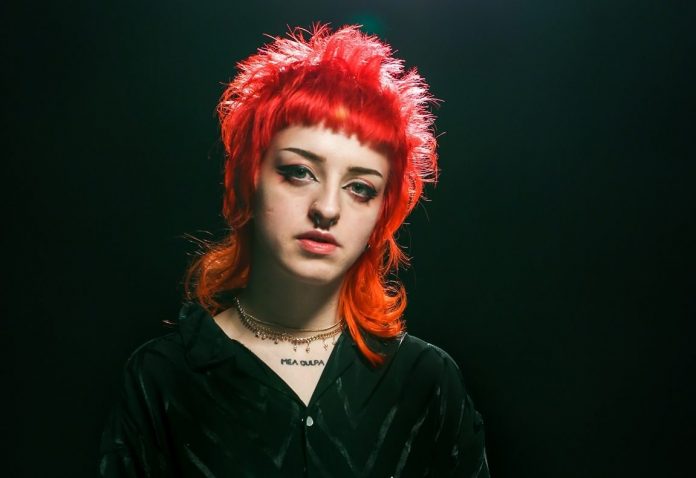 Cody Frost is still a relatively new face on the alt-pop scene but her momentum is snowballing at a rapid rate. In just over one year she has received praise from BBC and Kerrang! for her unique approach to song writing.

‘CHAOS’ is the third single from her upcoming mixtape ‘TEETH,’ proceeding the acclaimed ‘DWYSSWM’ and ‘BERLIN.’

The song definitely lives up to its title. Cody packs plenty of hooks into this for a song which is under three minutes. On top of this, the instrumental styles change a number of times over the versus and choruses.

Unfortunately though, the diverse melodies just make it sound like the song had no real direction. Or rather it had multiple directions which clashed to create one mess. The build-ups are non-existent. Things just happen when they want to. It does sound chaotic so perhaps this was the intention, but the idea sounds a lot better in theory than in practice.

It constantly alternates instrumentally; sometimes very crowded and loud, sometimes minimalistic with more emphasis on the vocals. The issue is that they happen so quickly and randomly that it never feels satisfying.

Cody’s vocal performance is also quite underwhelming. Albeit, she didn’t help herself with the heavy distortion and autotune usage. The vocals sound extremely muddy, they range from ok to unbearable. Cody’s diction of the lyrics is also very odd. Her voice doesn’t sound as natural as it did in her previous singles.

It is a shame because there are genuinely some points of praise here. The chorus in particular is rather catchy and charming. The production is quite interesting but is let down by the inconsistency.

There was undoubtably potential for ‘CHAOS’ but the song writing is just too all over the place and poorly thought out. I admire the attempt Cody has made to create a different style of pop music but it sadly didn’t pay off this time. Hopefully the rest of the mixtape is of the same quality as her previous singles because the talent is there despite it being underutilised on this occasion.