Over the past three years, Childcare have established themselves as a band to keep an eye on, and they have built up a devoted following along the way. They are currently on a tour of the UK, and they come to Liverpool’s Sound Food And Drink on Tuesday December 10. We recently spoke to front man Ed Cares about the upcoming show, their discography and their career as a group so far!

Very much! We’ve had four or five so far and now we’ve got a few days off and then we start again and it’s been great! People are excited and their really into it. We’re looking forward to doing more. We had a good gig, actually, in Liverpool before. We played at Sound city and got a good response.

Where are you looking forward to playing most?

Well, London’s going to be the big one really. It’s right at the end of the tour. Apart from that I’ve got a good feeling about this Liverpool one! It’s hard to tell because apart from Liverpool and Sheffield we’re deliberately playing in smaller places. So not the main cities. So it’s hard to know how they’re going to go and what they’re going to be like. Most of the places we are going we have never played before. I reckon they’ll all be good. Also, we know the support band that are playing SBQT, they’re this band that we met in Manchester. They’re Liverpudlians, they’re really really nice and a friendly bunch of people. That’ll be good. It’s good to know when you have good support.

What would be your dream venue to play?

I’ve seen the pictures of the Red Rock place in America. That looks pretty cool. It’s funny, I mean my favourite venue in London is actually Scala. The one we’re playing at. I love the size of it. I love the sound of it. Beyond that, I’m excited for travelling further afield and seeing some new places and seeing what comes our way.

Do you have a favourite song to perform live?

What have I been enjoying? Well ‘Big Man’, I think we all enjoy playing. I think it’s a cool tempo. it’s got a lot of good attitude in the verses. It’s got a good tempo to dance to and move to. Another song we’ve only just started playing is a song called ‘Getting over you’ it’s a newer version of one we did a year or two ago on the album. The album version is the same kind of melody and chords but it’s a new arrangement and it’s much cooler than the original single version and people really know it and dance a lot. So I really enjoy that one. Sugarcane always goes down really well, people get dancing to that. They’re probably my faves.

If you could perform or record with anyone dead or alive, who would you choose?

Talking Heads. Have you seen the ‘stop making sense’ film? I’d always known that Talking Heads were a band that I should get into. I tried to listen to their albums but found them a bit weird and I didn’t quite get it. Then I saw the ‘stop making sense’ film which is basically a live video of one of their gigs but it’s really well filmed and really well choreographed. Obviously, with it being a live show it had to cover some of their best songs over a ten or fifteen year period. It’s amazing, it’s really really cool. They managed to be arty, have a sense of humour and have good energy. I’m really into it and would love to see it live.

Who are your influences?

I’d say the Talking Heads were in there. I mean, there aren’t bands we get compared to. Which I think is cool. Radiohead are my favourite band but I wouldn’t say there’s much of that in the music. I think the way we put music together, with Emma’s voice being as good as it is, I’d say there’s a lot of soul influence on the stuff we do. Rich, the guitarist, is really into the Pixies but I’m not sure you would hear that in the music. We’ve been to see the Pixies quite a few time’s. They’re a lot rockier than us. I don’t know, there’s bits and pieces. We all listen to quite a lot of different stuff. I think the fact that we’ve got slower with slower beats, it’s more R&B and hip hop than traditional rock.

So, you did a number of festivals this year. Did you have a favourite? or one that stood out?

Reading and Leeds were really fun. That was on another scale to anything we’ve ever done before. We were opening the radio one stage and it was BIG. Really, really big. It was exciting to do something at that level. The production was so different. We had this huge screen behind us. Being on that bigger stage was really, really fun. That was good. Latitude was really good as well. We had a good crowd. That was very enjoyable. Those two were the best ones.

Do you have a highlight of your music career so far?

Probably my favourite gig was at the Lexington. Which was two years ago. That was my favourite gig that we’d done. That was our first time where we felt it was a proper gig with proper fans there and not just our mates. It was great, I loved it. We played Omeara last year which was a bit bigger. The way the lights were, meant we could see the crowd which made me quite self-conscious. I wasn’t quite as relaxed for that one. So Lexington so far has been my highlight. But, I just know we have many more exciting things on the way.

Lastly, if you could have one album to have as the soundtrack of your life, what would you choose?

Find out more about Childcare by clicking here. 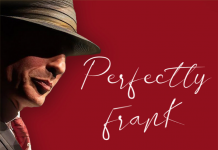