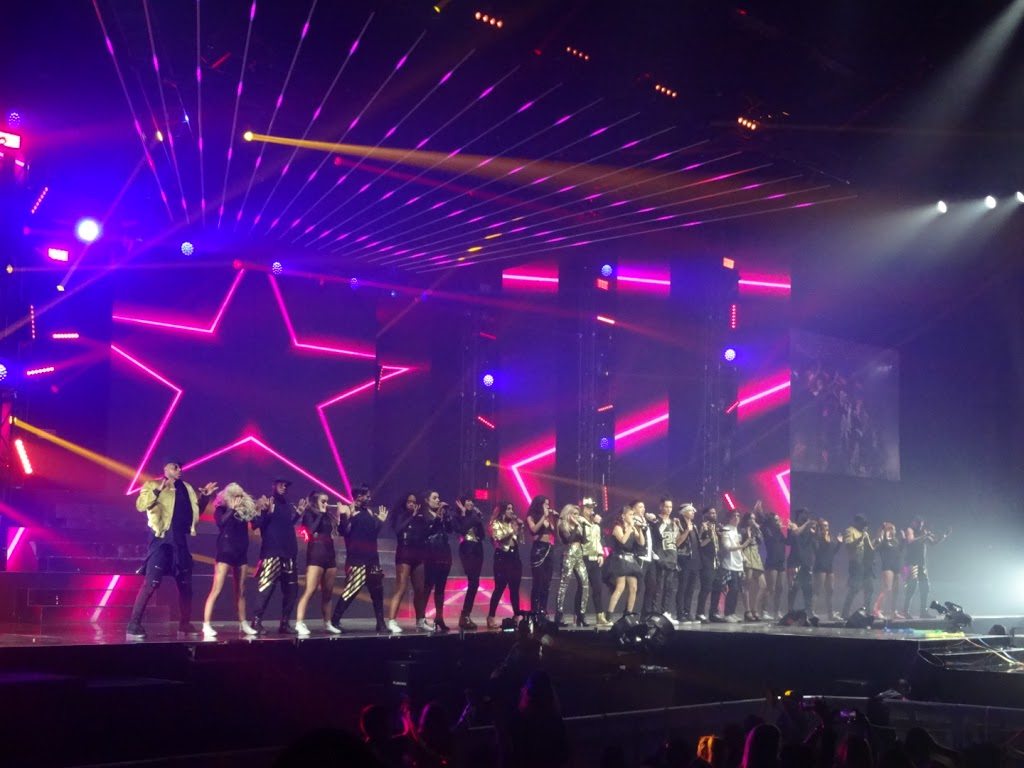 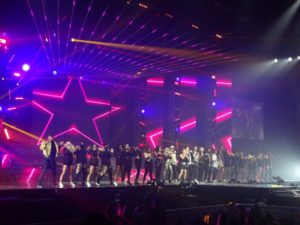 The X Factor Live Tour has returned to Liverpool Echo Arena with the 2016 finalists, and based on the performances and the audience reactions, the show was a major success.

Having launched in 2004, meaning that the next series will be the 14th UK series, The X Factor has certainly seen its fair share of ups and downs, from massive worldwide success for the likes of One Direction to judging panel line-up changes. However, one of the truly great things about X Factor is how it provides a real platform for undiscovered talent to make their first step towards stardom, and never is this more evident than during the Live Tour, which showcased many of the top X Factor names from the 2016 run.

Kicking things off were 5 After Midnight with a stirring rendition of Uptown Funk. The trio performed further upbeat, disco numbers throughout the show (most notably September), and they did a great job in getting the audience on their feet and ready to dance. The opening half-hour also spotlighted Four Of Diamonds, who collaborated with 5 After Midnight as well as delivering strong performances for such songs as Royals; Honey G, who again got the crowd to its feet for customised remixes of Men In Black and Jump Jump; and Ryan Lawrie, who provided a mix of fast-paced tunes such as Twist and Shout and slower songs like If These Wings Could Fly, the latter alongside Emily Middlemas, who was superb – one of the best singers of the evening without question – who also shone with slower, quieter versions (supported by a huge vocal range, mind you) of such tunes as What Makes You Beautiful, Toxic and The Winner Takes It All.

Saara Aalto also provided unique renditions of various songs, partly due to the outstanding production techniques which were added to several tunes, but most noticeably those of Aalto. Case in point: for Quiet, Saara was handed a set of super-sized helium balloons which elevated her to the arena ceiling, and a similar, elevator-style chair also allowed Saara to rise above the crowd during a rendition of Everybody Wants To Rule The World. That’s not to dismiss her singing talents, however, because she was very good; in fact, there wasn’t one poor performer all night, and partly because most of the songs were familiar to the crowd, there weren’t any low points throughout the show.

The show saved the best for last by waiting until the final quarter to present winner Matt Terry, who demonstrated first-class vocal talents and illustrating why he ultimately won the competition. Matt performed Put A Spell On You, One Day I’ll Fly Away, Purple Rain, When Christmas Comes Around (Matt’s debut single) and Writing’s On The Wall, all to a high standard and to an incredibly enthusiastic crowd response. All of the former contestants returned to the stage for a final, super-funky rendition of Sax to close the show with style and pizzazz.

Going back to the production for a moment: I appreciated the extracurricular activities through the show, from the pre-show music videos of star performers like Little Mix and Olly Murs (who, of course, have X Factor experience) to the use of pyrotechnics (which was frequent, but not to the point of overkill, ensuring that its impact would not be diluted) to the superb lighting and screen effects (for example, a London Tube-style train with the logo amended to spell out “Honey G” during one of her numbers) to the variety of stand-out costumes by all performers to the use of various settings to begin or even completely perform certain tunes (such as a second stage in the middle of the arena, and sitting alongside fans to open some songs thus providing further audience interaction). Add to that TV-style intros to bring on performers or introduce songs, as well as providing show highlights, and a chance to sign up as an auditionee for the next series, and you have an experience tailor-made for the X Factor fanatic that will have matched expectations of both the young and the old.

For any fans of The X Factor, the Live Tour is well worth going to see, as a chance to both reflect upon the previous competition by being wowed once more by the finalists, and as a platform to begin feeling excitement towards the next series. Simply put, if you’re a die-hard fan of The X Factor, you really need to see the Live Tour!