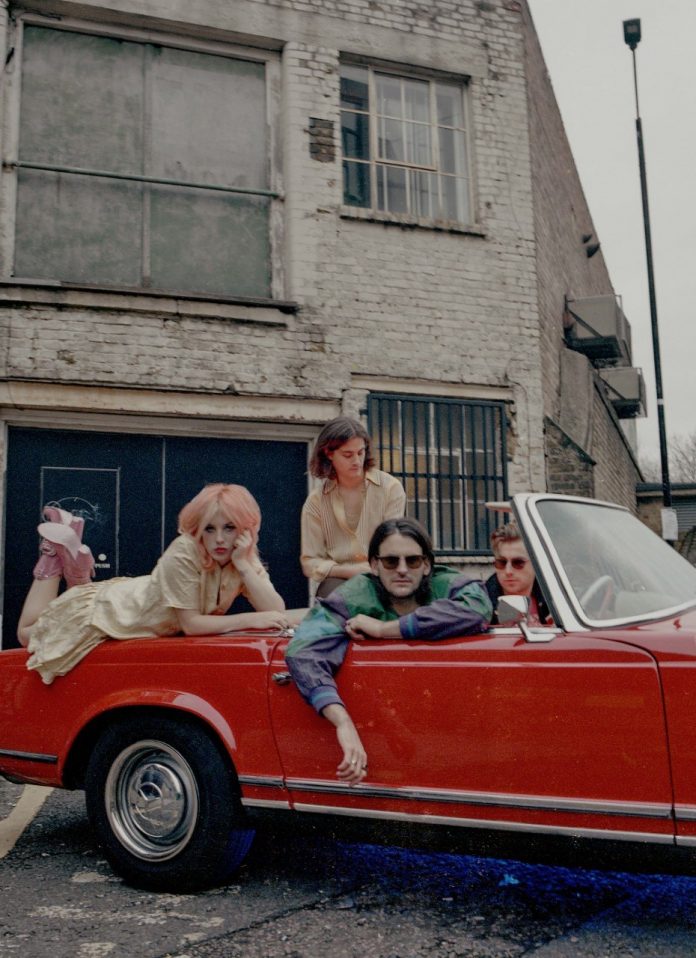 Brighton band Black Honey take us away from the lockdown blues with Written & Directed. This is a ten-track album with an array of songs. These range from the energetic single Run for Cover to the slower, haunting final song Gabrielle. The album is powerful, a (metaphorical) middle finger to anyone saying that the rock scene is a man’s world. Indeed, the music and vocals grab your attention from the first track, ensuring that you listen to every word. Nothing is certain, but a return to the music scene looks plausible at some point this year (I am crossing everything!). And Black Honey have an album which will make a big impact once crowds (however big or small) can hear it.

The band formed in 2014 and comprises frontwoman Izzy B. Phillips, guitarist Chris Ostler, bassist Tommy Taylor and – following previous band member Tom Dewhurst’s departure – Alex Woodward. Whilst it’s hard not to be drawn to Phillips’s vocals, the catchy drums and guitar riffs weaved into each track reflect how their music is a collaborative effort.

The band burst onto the scene in 2014 with tracks like Spinning Wheel – a fast-paced indie track with a Western feel to it – and have since released their first album (a self-titled bad-ass introduction to the band and their sound), travelled the world on tour and festivals, and became the face (and soundtrack) of Roberto Cavalli’s Milan Fashion Week Show. Three years after their first album, they have returned with a sophomore album that packs a punch.

What struck me immediately about this album was Phillips’ voice. She has one of those voices that immediately grabs your attention, making sure her message is heard loud and clear. There’s also a sense of vulnerability in her voice, and lyrics, particularly the repeated refrain in Back of The Bar “I’m dancing on my own tonight/dancing on my own”.

The album’s opener I Like The Way You Die gets the album off to a fantastic start, immediately launching into soaring vocals, roaring guitar and thumping drums – reflecting how the album is (in part) Phillips making a statement about gender in the rock music scene. Previously released single Run for Cover is an energetic, high impact song, as is Beaches and Believer. By contrast, I Do It To Myself feels more personal and vulnerable and Fire is a more relaxed track with an acoustic feel to it. Gabrielle is a softer, somber song and proves to be a perfect end to the album, just as impactful as the songs that came before it, a song that truly makes you stop for a moment and take everything in.

The track that was my personal favourite was Summer ‘92, as I think it shows how far the band has come since their debut album. It still has the thumping drums and guitar riffs throughout but it feels softer and the final notes linger – it’s the kind of song a festival crowd would love.

Whilst it might have been written in 2019, Written & Directed still speaks to a generation of people right now – those of us who want our voices to be heard loud and clear, either in the music industry or otherwise. It is a call to anyone who dares to doubt or question somebody and I think it is about finding our voices and our selves in an ever changing world.

Though they did make die-hard fans wait a while, I would definitely say that Written & Directed is worth the wait. The album is a combination of a striking voice and movie-soundtrack-esque music. The band has definitely gripped my attention and I’m looking forward to whatever they have planned next.

Check out Written & Directed available on all music platforms now!