So it’s finally the end of an era. Which era exactly? The Marvel Netflix Universe… After covering Daredevil, Jessica Jones and Luke Cage, it only seems fitting to end with the Punisher. Sorry Iron Fist fans. Like all of Marvel’s Netflix shows, Punisher stood out from its predecessors with it’s brutal violence, themes of PTSD, family and redemption. This was on top of continuing Punisher’s arc from Daredevil Season 2. So, let’s get into some history about the TV show.

Punisher first aired on Netflix in November 2017 and ran until January 2019. Both seasons consisted of 13 episodes. Season 1 follows Frank Castle, aka The Punisher, as he seeks revenge for his family’s assassination. Season 2 sees Frank dealing with himself being conflicted about whether to continue as the Punisher. So, what held the show together? Well, amongst other things, the performances of Jon Bernthal and Ben Barnes as Punisher and Jigsaw (No, not that one). Both seasons were well received by critics and fans, who praised the show’s approach and themes. Also, a lot of the episodes ahead will feature extreme violence so consider yourself warned. So, without further ado, here are the best episodes of the Punisher .

Kicking off the list of best Punisher episodes is Cold Steel. Why does this make the list? Well, it properly brings the duo of Castle and his tech man, Liebermann aka Micro, to the front. So, after a blackout at Micro’s house (he’s pretending to be dead so he’s using cameras to check on his family) Castle has to investigate. This episode not only adds new emotional depth to both men but also hints at Castle still being able to show emotions other than rage. Seeing Liebermann on the verge of tears over Castle playing football with his son is genuinely heart warming and weird. Overall, a good episode.

I know what you’re thinking. When isn’t Punisher on a collision force with someone as violent if  not more? So, that is exactly what’s happening here. Whilst the second season was a much slower burner than the first one, Collision Course bucks that trend. How does it do that? Well, Frank is battling Pilgrim with Homeland Agent Madani tracking Jigsaw and obviously Frank ends up a bloody mess. That shouldn’t be surprising if you’ve ever watched the show…. Also, this episode had people worried about Frank’s safety before the show’s finale due to some loose ends.

The Punisher vs a kind of Christian assassin? Sign me up! Ok, while there’s a lot more to this episode than that fantasy match, it helps hold the narrative together. Trouble The Water is effectively the character’s genesis and this helps get audiences invested in his arc across the rest of the season. Also, Josh Stewart deserves immense credit for his portrayal of the character as he feels just psychopathic enough to keep the audience on Castle’s side.

Ah, yes. The episode where the Punisher came out… of hiding after he was revealed to be alive. Behave, fanfiction community. Also, with Frank’s identity in the open due to Agent Orange and Jigsaw, one of Punisher’s biggest weapons isn’t in his arsenal anymore. So, not only does Frank have to worry about his inner circle he also has to worry about Micro’s family. On top of that, the entire city begins to turn against him. True high stake drama.

At the halfway point of the best Punisher episodes is The Whirlwind. Also, this is the last Punisher episode for now…. So, what makes this episode so good? Well,it pulls a lot of its material from Garth Ennis’s Punisher Max series due to the fact Castle declares the Punisher is now here. It was a bit ironic that was the last line from Punisher but I digress. Better than anything else, it paid off the little moments from both seasons. God, I miss Jon Bernthal as Frank Castle.

Now that is a good episode title. Not quite on par with Jessica Jones or Luke Cage but back on topic. Virtue of the Vicious features some fantastic performances from Jon Bernthal, obviously, and Deborah Ann Woll as Karen Page. Long story short, Karen’s story about a terrorist targeting anti gun legislators ends up with her in the crossfire of Frank’s revenge. What really makes this episode stand out? Frank’s acknowledgement of his flawed justice and how people can be corrupted by the very things they seek to stop. A powerful episode.

Once again, violence warning for the first of the top three: Danger Close. After a few skirmishes, Billy Russo, aka Jigsaw (not officially yet), launches an attack on Castle. One problem is, he launches the attack on Castle’s home turf. What ensues next is a mash up between Home Alone and a Call of Duty Map. Weird description but it’s phenomenally well shot. Also, one major thing going for Danger Close is it’s the first time Bernthal dons the iconic Punisher costume. At least it’s a better costume than Iron Fist’s….

Narrowly missing out on the top spot in the best Punisher episodes is Memento Mori. What does it mean? Well, it’s meaning is the inevitability of death no matter who you are. That is a rather apt title as it feels tragic that two former brothers in arms are beating each other within an inch of their lives. Despite the obvious violence, the subtext of Frank fighting Russo on the carousel where his family were killed and being forced to overcome the emotion to win is fantastic. Also, I know I’ve mentioned it so many times but Jon Bernthal delivers a wonderful performance as does Ben Barnes as Russo. However, despite Memento Mori setting up Russo as a major player for Season 2, there is one episode that is better…

For anyone who’s seen the Punisher, this was an easy choice. Why? The intercuts between Frank’s happy home life and the barbaric torture he suffers at the hands of Agent Orange and Russo. This contrast helps the audience sympathise with Frank’s plight as it pays off a storyline from Daredevil about him being a dedicated family man. Again, the sheer barbaric nature of the torture also brings out the bond between Frank and Billy. Top marks for a fantastic episode.

What are your favourite episodes of the Punisher? Let me know in the comments below! 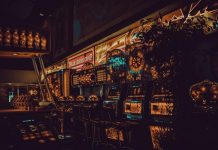 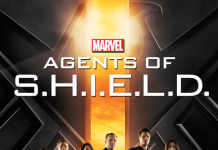