Well after ranking the best American Dad episodes, why not rank another premiere adult cartoon series South Park? Matt Stone and Trey Parker’s hit show has been on air since 1997 and with the show wrapping up its 25th series (with at least other 5 series and 2 animated films still to come) why not rank the 10 best South Park episodes? Oh also for those who haven’t seen the show before it can get very messed up very quickly. Before I properly get into the list here is some history about the show.

South Park first aired back in 1997 and as mentioned above has just wrapped up its 25th series. The show follows 4 ten year old boys: Cartman, Kenny, Stan and Kyle in the small, dysfunctional town of South Park, Colorado. When I say South Park is messed up, I mostly mean Cartman who despite only being 10 could probably have a Netflix true crime series based on him. Besides Cartman’s psychopathic tendencies at times, South Park’s other defining features include its animation style and satire, as this list will demonstrate. So, without further ado, here are the 10 best South Park episodes ranked

Kicking off the list of best South Park episodes is A Song of Ass and Fire. Fun fact, this episode is a sequel to a later episode on this list. I wonder which episode that could be? Anyway, this episode sees the continuation of the internet’s favourite debate: Xbox One vs PS4. What starts out as a simple debate turns into an all out brawl outside the town shopping centre when the discount over the consoles on Black Friday gets bigger. Also, props for the Game of Thrones pun title….

Now for the Cartman insanity to properly begin… How to describe the events of Cartman Sucks to a non South Park fan? Well Cartman often has the habit of having sleepovers with another  character, Butters, and taking degrading pictures of him while he sleeps. There is already so much to unpack there… However, Cartman then takes a picture of Butter’s penis in his mouth to imply Butters is homsexual. Thankfully, Cartman gets his comeuppance but not before his actions get Butters set to a conversion therapy camp for ‘confused’ boys.

Somehow Cartman gets more mad as he receives $1 million from his deceased grandmother and buys his own theme park. And if you were in any doubt as to how self centred Cartman is he names the theme park Cartmanland. This enrages Kyle so much that he begins to lose his faith in God to the point where he suffers from an inflamed haemorrhoid. Damn. By the end of the episode Kyle’s haemorrhoid is somehow sentient and he survives death because of seeing Cartman suffering. Yeah I don’t know either….

When discussing this episode, it is important to keep a certain phrase in mind: when s*** hits the fan. Why? Well, because a TV show aired the uncensored utterance of s*** and suddenly everyone is using the word. Just how many times does s*** hit the fan in this episode? Well it turns out it is a curse that leads to the resurgence of the Black Death. Cue Kyle slaying a dragon and the word s*** being said 162 times (not counting it being written which takes it up to 200) Utterly chaotic and compelling nonsense.

Well the insanity of Cartman was always bound to resurface on this list. So what does Cartman do in this episode? Well, he pretends to be disabled to enter the Special Olympics. Why is he doing this? For his own selfish monetary gains to win $1,000. But thankfully the plan backfires horribly in his face when the other fitter competitors beat him in every event. But not before Cartman tries to frame Stan and Kyle to save his own skin. There’s the Cartman we all know and hate.

At the halfway point of the best South Park episodes is Black Friday aka the prequel to A Song of Ass and Fire. Now what goes on in this episode? Well, it sees a massive Black Friday sale down at South Park’s local shopping centre. Seems harmless enough right? Well, it is until the fierce console debate springs up: Xbox One or PS4? Well, Cartman and Kyle head up the Xbox faction whereas Stan joins the PS4 faction. In the midst of all this, Randy takes a job as security to get an advantage in the sale. Yet more compelling nonsense from Matt Stone and Trey Parker here.

Well look who’s back? So, what is Cartman up to this time? Well, he decides he is too mature for Stan, Kyle and Kenny. This leads him to look for male friendship in an online chatroom. To the surprise of only Cartman, these men turn out to be online predators. In the midst of all this, Cartman joins NAMBLA (not the Marlon Brando one) and becomes their poster boy. Madness here. So, what is the subplot like? Well, it follows Kenny trying to stop his parents from having another baby. Charming as ever South Park.

Kicking off the top three best South Park Episodes is The Simpsons Already Did It? So what did the Simpsons do exactly? Well, this episode sees the continuation of Butter’s alter ego, Professor Chaos, plan to take over the world. But the problem is he realises that all of his plans have been done on the Simpsons already. Yep, even the one about blocking out the Sun. Meanwhile Cartman, Stan and Kyle end up creating a race of sea people in somehow a less ridiculous plot than some South Park episodes.

Narrowly missing out on the top spot in the best South Park Episodes ranking is Make Love, Not Warcraft. So, surely this episode calms down on the insanity? Well, it starts off simple enough with Cartman and co trying to take down a high ranking Warcraft player. This doesn’t sound too bad until it’s revealed that this is a rogue player who could bring the game down. Oh, yes this is where THAT image of the archetypal media nerd comes from. So many random things in one episode.

And the best South Park episode is…. Scott Tenorman Must Die. I mean what else could it possibly be? Somehow the closest Cartman has ever become to being an actual psychopath on the show. So, what does he do? Well, after being sold Scott Tenorman’s pubic hair Cartman starts dreaming up more and more absurd schemes to get him back. All this culminates in a chilli cook off which ends up with him serving Scott chilli made out of his dead parents and his own pubic hair. One, that is beyond messed up. Two, how has Cartman not been psychologically investigated yet? 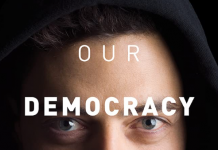