Well, another series bites the dust. With Taskmaster recently concluding its 13th season and with a second Champion of Champions special on the horizon, why not look back at the best episodes? With its blend of comedy, weird tasks and great line-ups, Taskmaster has become a staple TV show to watch for fans of comedy and Greg Davies. Before I get into the list properly, here is some history about the show.

Taskmaster first aired on Dave in 2015 until 2019 when it moved to Channel 4. As mentioned in the introduction above, the show has just concluded its 13th season, which is a lot of tasks and comedians. So, what is the show’s premise? Well, Greg Davies (The Taskmaster) and his assistant Not so Little Alex Horne set a variety of tasks for a group of five comedians. These range from the silly, concealing a pineapple on your person, to the downright strange, making the puppet and having a romantic conversation with it. Oh, also those were just a taste of the strange and wacky tasks featured across the show. So, without further ado here are the best episodes of Taskmaster ranked.

Kicking off the list of best Taskmaster episodes is Series 5’s Their Water’s so Delicious. Now what makes this episode so good? Well, Aisling Bea is jumping over cushions and Bob Mortimer makes a very interesting graph involving Dumfries and Galloway. What makes the graph so interesting? Umm, it shows the urine quantities of various places in the UK. And if you needed any more evidence of Bob’s comedy chops, watch his attempt to make a coconut into a businessman. Man, I love Bob Mortimer.

Aah yes, the episode which sparked controversy amongst fans and contestants…. because of a satsuma. To explain, one of the tasks was to find the sock with a satsuma in it. Now, due to his lateral thinking, Rhod Gilbert takes a sock and puts a satsuma into it that he found in the kitchen. To say James Acaster and Rhod had a hilarious argument over a satsuma is an understatement. I suppose I should mention other highlights like Kerry Godliman and Jessica Knappett playing ukulele tennis. If that doesn’t sum up Taskmaster, nothing will.

Now time to talk about one of my favourite series, Series 4. Now what makes this episode good? Well, it features Hugh Dennis throwing toast into a toaster on a roof. That there should be enough to sell this episode to you already. However, if you need more convincing Noel Fielding attempts to slide which is something that happened. Oh, also Meat sees the return of an iconic Taskmaster alumni: Fred the Swede. In case that sounds weird, every so often Taskmaster brings in a Swedish man named Fred for tasks which normally end hilariously.

Well this is nice isn’t it? Following on from S4, E5 why not have S4, E6 aka Spatchcock It? This episode is brilliant for several reasons, most notably for the camel task. Now what could that entail? Well, the contestants had to get the camel through the smallest GAP. There are probably few better demonstrations of the insanity of Taskmaster than contrasting Joe Lycett and Mel Giedroyc’s approaches? Joe decided to cut the camel up with a knife while Mel got creative and took the camel to a Baby Gap store nearby. Great Lateral Thinking there. Also, phenomenal episode title…

While it may be the most recent series, Series 13 could make a serious challenge for the best Taskmaster season. Anyway, back on track with the episode’s highlights which include Ardal O’Hanlon straddling a mannequin, Sophie Duker’s interesting question and just Judi Love. Now not only does she make a cocktail in a cement mixer but she might go down as Taskmaster’s greatest waffler, in an attempt to bargain for more points. Oh, did I forget to mention the fact Chris Ramsey gets a sausage stuck up his nose. Also, no not like that….

Another personal favourite series of mine here in the form of Series 13’s Absolute Casserole. Half the reason this series is so good is just Mike Wozniak being an absolute legend. Also, if you hate gross things, it’s advisable for you to skip this entry. Why? As the title refers to Mike describing a haemorrhoid which is loose in his body. Other less disgusting highlights include Sarah Kendall biting into a deep fried kiwi, Jamali decorating a caravan and just Charlotte Ritchie being utterly wholesome. Seriously, how hasn’t she got a children’s show?

Narrowly missing out on the top three best Taskmaster episodes is another Series 13 episode: Having a Little Chuckle. This episode ranks so highly because of the variety of insanity on display. Take the task of trying to find a ringing phone but if you see a cuddly toy bear you have to pick it up. Weird, I’ll acknowledge that. Other highlights include Bridget Christie’s present for the Taskmaster and Sophie Duker covering some keys in saliva and putting them up a tree. And that last one definitely doesn’t come back to bite her in a future task…..

Kicking off the top three best Taskmaster episodes is Series 11’s Activate Jamali. Oh, also Jamali Maddox might be one of the more underrated Taskmaster contestants, but that’s for another list. Well, Jamali’s highlights in this episode mostly just involve him staggering around everywhere. It’s actually quite funny. But I can’t mention a Series 11 episode without mentioning Mike Wozniak doing something weird and insane. Case in point, his prize task entry shocked literally everyone. Clearly, it was tough guy o’clock (and yes that is a niche Mike Wozniak joke)

Now for people who remember this episode you might be shocked this episode is so high on the list. Well, it’s mostly for Sally Phillips’ attempt at making Marmite without using Marmite. So, she made two ‘Marmites’. One was somewhat Marmite like and the other was pure Absinthe. And poor Alex’s face when he had to try the Absinthe ‘Marmite’. Anyway, other highlights of this episode include Mark Watson throwing a picture of a Swede backwards into a bin and trying to sneeze the fastest. God, I love this show.

And the best Taskmaster episode is….. Series 13’s It Might Be Wind! This is ranked top for several reasons. Firstly, because of Bridget Christie’s research into whether or not Greg Davies is descended from Welsh Royalty. And the second main reason is arguably heart-breaking TV. For context, Judi Love might go down in history as one of the few Taskmaster contestants to  ever win an episode. However, she came so close here. How so? Well, the last task involved writing down a number and putting that number of cans into a bag and zipping it up. Honestly, who knew Taskmaster could be so heart-breaking to watch sometimes?

What are your favourite Taskmaster episodes? Let me know in the comments below! 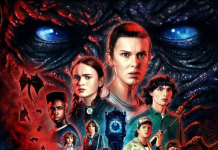