Good News Everyone! In this article, we rank the best episodes of Futurama in chronological order. And so I’m tackling the second-best Matt Groening animated show. Whilst only running for 14 seasons, fans still consider Futurama as one of the best TV shows ever. Wonderful futuristic design, acidic social commentary and great characters made Futurama a must for sci-fi fans. I’ve linked Futurama’s IMDB page so you can learn more about the show later. Anyway, let’s get into some history about Futurama before my best Futurama episodes ranked begins.

Futurama ran for 14 seasons with 124 episodes, first airing back on the 28th March 1999 and ending on the 4th September 2013. The show follows Fry, a delivery boy from 1999, who ends up frozen and wakes up 1,000 years in the future. Here, he finds his only living relative, Professor Hubert Farnsworth, a cranky scientist who owns a delivery company: Planet Express. The rest of the crew consists of: the alcoholic robot Bender, the one-eyed mutant captain Leela, the former limbo champion turned accountant Hermes, intern and rich girl Amy and the weird lobster creature Dr Zoidberg. Together they get up to all sorts of nonsensical adventures.

In this regular feature, we take a look at the top editions of a particular programme. And so today, we’re picking the best 10 episodes of Futurama. So, what tops our list? Read on to find out!

Kicking off the best Futurama episodes ranked is Parasites Lost, an episode that revolves around a mouldy egg salad sandwich. Long story short, Fry eats said sandwich and gets worms as a result. However, rather than being damaging to him, the worms make Fry’s body smarter and healthier. This in turn makes him more attractive to Leela but the episode does ponder the question: is Leela truly in love with Fry or is it just the worms? Also, props for the pun title. Very original….

Much like one of its inspirations, Star Trek, Futurama occasionally visits themed planets. Case in point, Osiris 4 in A Pharaoh to Remember. This episode sees the Planet Express crew end up on the ancient Egyptian themed planet Osiris 4. Unlike Fry and Leela, Bender inexplicably loves the planet. Anyway, this episode sees Bender end up pharaoh of the planet in a desperate bid to go down in history. Does it work? Well, his only achievement is building a giant statue of himself which collapses.

Next up on the best Futurama episodes ranked is Bender gets made. This episode sees Bender, not for the first time, join the robot mafia. That probably sounds mad if you haven’t seen the show but it’s really not that odd in the context of the show. Anyway, this episode sees the robot mafia wanting to take down the Planet Express ship for reasons that I have forgotten. Safe to say, Bender has to think of a solution quickly to save both the ship, Fry and Leela and himself from the Don Bot.

Well, what’s this? Back to back entries for my favourite alcoholic robot: Bender on the best Futurama episodes ranked. This episode sees Bender fall in love with Angelyne, a robot formerly married to Flexo. Flexo is a robot that looks very similar to Bender except Flexo has a metal goatee. Anyway, Bendless Love tackles the same type of issues as Parasites Lost as Bender starts to worry Angleyne still has feelings for Flexo. The reason this episode works so well? The fact that Bender normally behaves like James Bond toward women. So having him show genuine affection is actually sweet.

Now I don’t know if you’re noticing a theme on the best Futurama episodes ranked but Season 3 is one of the best in the show’s history. This episode deals with one of Bender’s dreams: to be a well-respected chef. The one problem? He has no sense of taste so, obviously, he enters into an Iron Chef parody cooking competition. And to the shock of everyone he wins. But how did he win? He adds to his disgusting looking food with LSD. Obviously, the robot with no morals isn’t going to win fairly.

Pizza delivery for I.C Weiner? Oh, crud… The episode that started it all where Philip J Fry is cryogenically frozen 1999 to 2999. Once in 2999, Fry goes on the run from Leela, before she was a captain because she was trying to fit him with a career chip. This would have made him a delivery boy forever. So that just delivers a huge hit of irony in hindsight. The other major highlight is Bender’s introduction when he bumps into Fry at what he thinks is a phone booth. In reality, it’s a suicide booth. Damn, that’s a downer.

Coming in at number 4 on the best Futurama episodes ranked is another great Season 3 episode. In this episode, Bender ends up crashing a ship full of oil into Pluto which ends up harming the penguin population. Somewhere in the crash, Bender’s programming resets and he starts believing he’s actually a penguin, not a robot. He goes as far as to wear a black and white tuxedo and feeds young penguins. Like the best episodes of Futurama, The Birdbot of Ice-Catraz is both bizarre and hilarious in equal measure.

Sneaking into the top 3 in the best Futurama episodes ranked is the hilarious Time Keeps on Slippin’. For context, the Harlem Globetrotters in the Futurama universe are both quantum physicists and basketball players. This is handy as Professor Farnsworth destabilizes time which is brilliantly shown through the use of jump cuts. Jump cuts communicate time skips at random in the episode like no one turning up to Zoidberg’s birthday. Poor guy…. The best part of the episode? No one has any recollection of previous time jumps. This just creates more comedic moments.

This episode saw the end of Futurama’s first run and what an episode. Desperate to learn the holophonor (an incredibly difficult instrument), Fry makes a deal with the Robot Devil to gain a pair of robot hands. Simple enough until he switches hands with the Robot Devil. As a result, Fry becomes a celebrated opera composer whilst the devil desperately wants his hands back. The slow escalation of the story combined with a wonderful score creates an all-time great episode. Also, props to the ending which gets me every time I rewatch it.

And at number one on the best Futurama episodes ranked is the brilliant Luck of the Fryrish. The whole story revolves around a 4 leaf clover Fry had in his childhood which just grants obscene amounts of luck. Desperate to hide it from his brother, Yancy, he hides it in a record vault inside the soundtrack to the Breakfast Club. Yancy finds it anyway and goes on to walk on the moon and achieve huge success. The best part? Fry accepts his brother needed it more than him and he stops trying to take the clover from his brother’s coffin. The shot of Fry crying whilst reading his brother’s tombstone inscription is poignant. This encapsulates everything that makes Futurama one of the best shows: it can make you cry and laugh in equal measures.

Only Fools And Horses; Bottom; Father Ted; Phoenix Nights; The Royle Family; Brooklyn Nine Nine; Doctor Who; Taskmaster; Sherlock; What We Do In The Shadows; I’m A Celebrity Get Me Out Of Here!; The Grand Tour; Top Gear; The Witcher

So, those are our thoughts on the best episodes of Futurama of all-time! But what do you think? Let us know by leaving a comment below! 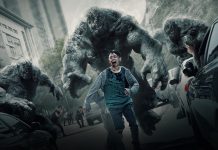 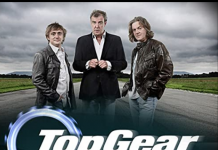